Four Names of "Make Up" for Winter Health 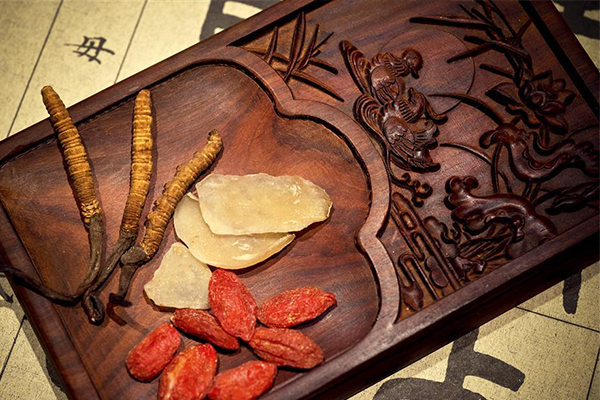 Winter is a time of tonic. Many people, especially those who are physically weak, will choose tonic tonic. Chinese medicine believes that the use of warm tonic herbs in winter can enhance the vitality of the human body, which is not only beneficial to this seasonal disease prevention and strengthening, but also lays the foundation for health in the coming year.

So, how should we choose among the many tonics? For the four types of physical deficiency such as Qi deficiency, blood deficiency, yang deficiency, and yin deficiency, the "four famous supplements" in the tonic-Ejiao, Antler, ginseng, and Cordyceps will be of great benefit. Below, we will talk about how to choose these drugs for evidence.

Ejiao is flat, sweet, and enters the lungs, liver, and kidneys. It is famous for nourishing yin and nourishing blood. Medical doctors of all ages regarded Ejiao as a good gynecological medicine. The folks call Ejiao, Ginseng, and Antler as the "three treasures" of winter supplements. Because of its unique ability to treat various gynecological diseases, Ejiao is particularly popular among ladies.

Usage: Take 5 ~ 10 grams of Ejiao, add the right amount of rice wine, steam over water. Or take 500 grams of Ejiao, immerse it in 1500 grams of rice wine, wait for the gum pieces to become sponge-like, and then steam into liquid after adding water. Add 1000 grams of rock sugar while hot. Shred the walnut meat in an appropriate amount to make a sticky paste. Take 1 to 2 spoons each morning and evening and serve with warm water.

Roe deer antler is warm in nature, sweet and salty, enters the liver and kidney, and has the effect of nourishing kidney and aphrodisiac. Li Shizhen said in the "Compendium of Materia Medica" that velvet antler can "produce sperm and replenish the marrow, nourish blood and yang, strengthen muscles and bones, and heal all deficiencies ..." Modern pharmacological studies have shown that velvet antler essence contains a variety of amino acids, chondroitin sulfate, estrone, collagen, protein and minerals such as calcium, phosphorus, and magnesium. Increased red blood cells, medium dose can strengthen myocardial contractility, increase cardiac output, and have a heart-strengthening effect on heart failure. Taking can make people energetic, but those who are Yin deficiency can not take it.

Usage: At the end of the research, take 1 g each time and put it in millet porridge. Or take 30 grams each of velvet antler and yam, slice them, immerse them in 500 grams of white wine, seal for 1 week, take 20 ml each time, take 2 times a day, do not care about Yang Yang, frequent urination, black face. There are medicines such as Shibu Pills, oral liquids, etc., which are mainly made of velvet antler on the market, which can be taken according to the drug instructions.

Usage: Cut ginseng into thin slices, take 2 ~ 3 grams each time and add boiling water, soak it for 1 hour and drink. Add fresh water after drinking. It is best to take it within 12 hours, and finally take ginseng tablets, or you can take ginseng tablets directly. If used for first aid, take 30 grams each time. Ginseng beard, ginseng flower and ginseng leaf can also be soaked in water for tea.

Usage: Take 1 husband duck, 10 grams of Cordyceps sinensis. Remove the hair and internal organs of the duck, split the head of the duck along the neck, put a few cordyceps into the duck's head and duck's neck, and then wrap it tightly with cotton thread. Put the rest in the belly of the duck together with ginger and green onion, and put it in the pot Fill the broth with salt, pepper and cooking wine, seal the mouth of the pot, steam for about 2 hours in the basket, pick out ginger, light green, and add MSG after the basket, and become a well-known "Cordyceps whole duck".